The average adult has both a public and private persona. For anyone playing professional baseball this division can become a necessity of success. For outfielder Jimmy Piersall, the choice was never his.

Born in Waterbury, Connecticut, Piersall made his MLB debut at age of 20. Signed by the Red Sox at 18-years old, he said, “I had no intention of signing with the Yankees. Waterbury is a Yankee city, but I was a Red Sox boy. I wouldn’t have given my Yankee friends at home the satisfaction of signing with their team.” Piersall would spend the next 17 years in the MLB. Though not all of them passed in a Sox’s uniform, none were spent in blue pinstripes either.

Over his career Piersall earned two Gold Gloves and was twice named an All Star. He left the game with a career batting average of .272 and 104 homeruns, but it was his .990 lifetime fielding percentage that really stood out. Casey Stengel said of Piersall’s fielding, “I thought Joe DiMaggio was the greatest defensive outfielder I ever saw, but I have to rate Piersall better." Off the field he had an endorsement deal as spokesman for Neptune Sardines.

A person’s life however is more than what we can read in a box score and, unfortunately for Piersall, his personal life played out on the ball field more often than he would likely have liked.

Growing up Piersall’s life was average but not perfect. His father had been a semipro ball player and was determined to make Jimmy a baseball guy as well. Perhaps it was a means of bonding with, or more likely distracting them both from, life with his mother. For 10 years of Jimmy’s childhood, his mother was in and out of treatment centers for mental illness. "If my father was preparing supper when I got home, it wouldn't be necessary for us to exchange a word," Piersall said. "I knew that meant my mother had gone away again." By his own accounts Jimmy was a pretty high-strung kid. He rarely sat still long enough to finish a book but he also couldn’t leave a task undone. He was constantly on the move and talking which tended to drive his peers nuts. As a teen he began to get headaches.

During his second season in the minor leagues Piersall married his first wife and soon there was a baby on the way. In 1950 he moved his parents into his family home, built especially for their new life together. After just three days, Jimmy became so overwhelmed he moved his parents back to their old house and he and his wife moved in with his in-laws. They sold the entire place – furnishing to fittings. His wife Mary would later come to realize that this was an indication of a much larger issue.

Those issues came to a head for the first time in a very public way in 1952. It was Piersall’s rookie year with the Sox. A story about Piersall early in the season referred to him as “high strung,” “spirited,” and “voluble,” and as someone who tended to “press too hard.” Soon Jimmy displayed the signs of mental illness, the same torture that had stricken his mother. He was often out of control on the field. He once squirted an umpire with a water pistol and was known to take bows following a catch in the outfield. He goofed around with the fans and imitated opposing players. For a while most people laughed. That was until it turned violent.

In May he got into a fight with Yankee infielder Billy Martin. Later the same day he was in a row with a teammate regarding the Martin incident. Later in the week he took it upon himself to spank the four-year old son of a teammate. He was ejected four times in three weeks. When he returned to the field in June following a suspension, Piersall, who had been moved to short to start the season, was given a chance at right fielder. He responded by hitting .368 in an 11-day stretch while playing great defense. His antics however continued and, if anything, became an even bigger problem. If the bullpen cart drove by he stuck out his thumb to hitch a ride. He also poked fun at everyone’s mistakes, his as well as others.

Following a 3-day suspension for more violent outbursts he entered into a treatment center in Massachusetts for evaluation. There he was diagnosed with nervous exhaustion. He was admitted for seven weeks, finishing out the season in confinement.

His GM at the time, Joe Cronin, told the press upon his admittance, “I have this to say and it’s going to be brief. After consulting with, and on the advice of, doctors, Piersall is to take a rest. The ballclub is primarily interested in Jim Piersall, not where, how, or what position he is going to play. I think you people will acquiesce in that decision. I’m sorry I can’t elaborate.”

The press described his condition as “mental exhaustion” or a “nervous breakdown.” “We just thought he was nuts,” teammate Fred Hatfield later remarked. 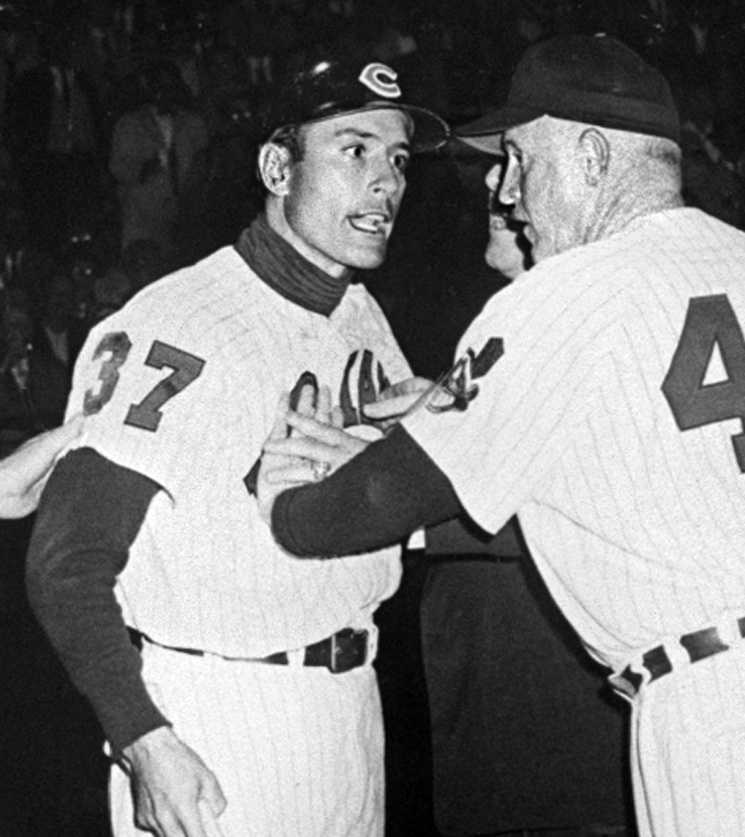 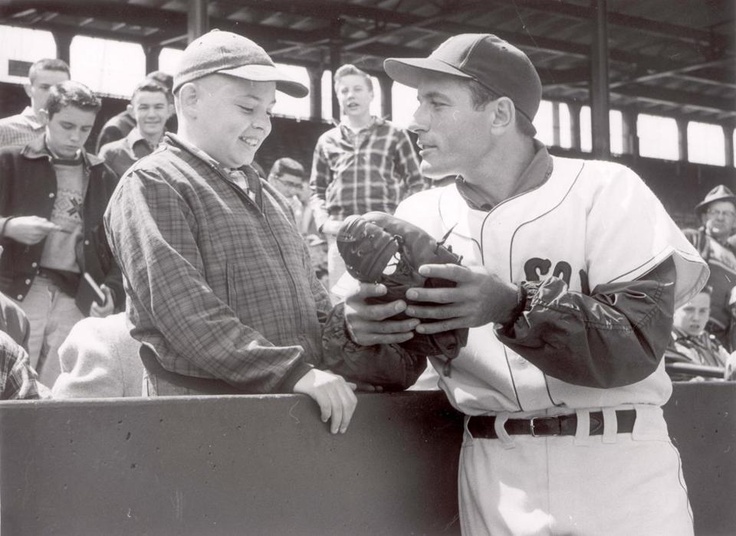 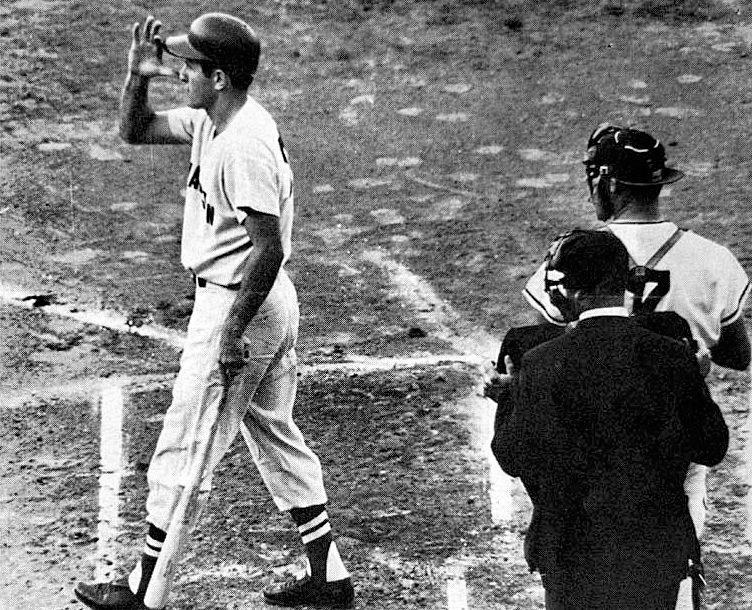 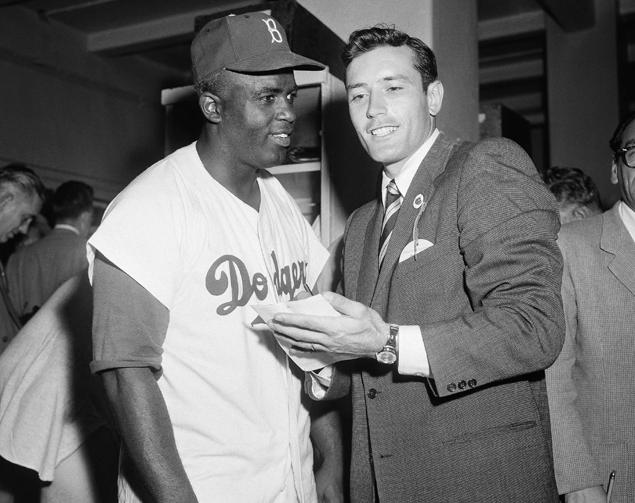 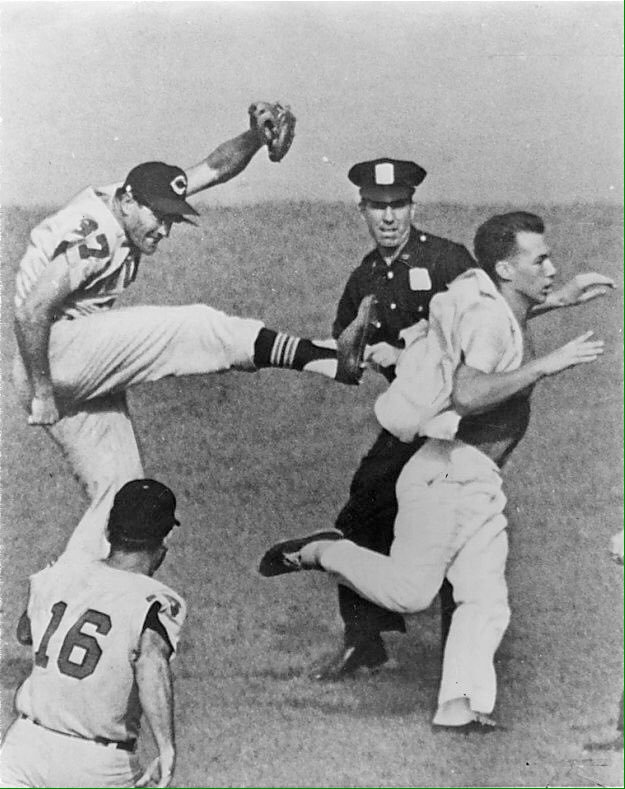 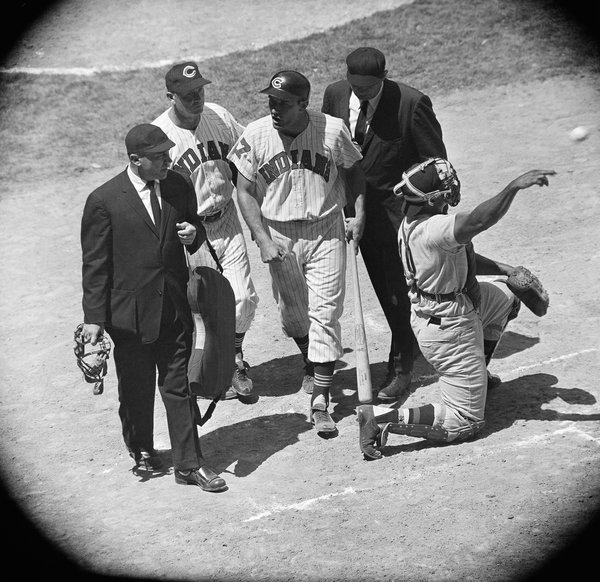 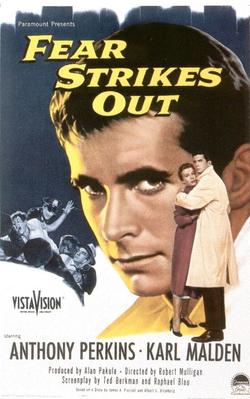 Piersall was diagnosed with manic depression, called bipolar disorder today. For treatment he received psychotherapy. He was also strapped down and administered electroshock therapy. This was a standard treatment at the time but it could induce memory loss. Directly following his stay, Piersall could not remember much of the year past reporting for spring training in January. It was then September. He couldn’t recall making the parent team or any of the events that eventually lead to his hospitalization. When asked about that time in his life Piersall has continued to maintain no memory of his rookie season. He said, "Probably the best thing that ever happened to me was going nuts. Who ever heard of Jimmy Piersall, until that happened?"

While things were going well for the ballplayer, he chose to make the most of his celebrity. During a 1954 on-air appearance on Chicago television he said, “There are thousands like me who would be cured if people tried to understand them.”

He followed these comments up with a two-part article the following spring entitled, They Called Me Crazy. And I Was. The article appeared in the Saturday Evening Post. Piersall worked with Boston sportswriter Al Hirshberg on the piece. Together the two created a candid depiction of what life in therapy had been like.

That article would later become a book entitled, Fear Strikes Out. Published in May of 1955, Hollywood was quick to buy the rights. It was first turned into a TV movie that same year and starred Damned Yankees’ leading man Tab Hunter. Two years later, it would be turned into a major motion picture starring Anthony Perkins and Karl Malden.

Piersall was never satisfied with the big screen release. “Pure bull. I never climbed a backstop, my father didn’t pressure me into anything and Tony Perkins scared me playing me.” Keep in mind however that Piersall had outwardly expressed no memory of his rookie season. He had also given biographical information indicating a high level of involvement by his father, even admitting that his father scared him. In fact, in his biography he wrote that he loved but feared his dad. At the same time, it is clear he admired the man, and why not? After all he was dealing with not one, but two mentally ill family members by himself. And yet he still managed to win his son’s heart with accommodating comments. Piersall once said, “I have not made an awful lot of friends in my lifetime, but my dad once told me that if you have too many friends you become a follower.”

During this time, Piersall was regarded as somewhat a hero. “His case is more than substantial proof,” wrote a Boston journalist, “that mental illness, so frightening to so many people, can be cured.” Most people with severe mental illness however are rarely completely cured and Mr. Piersall was no exception. When playing for the Cleveland Indians in 1960, he experienced a return of his manic symptoms.

He was ejected seven times before the team doctor for the Indians, the bench he now sat on, ordered psychiatric treatment.

He was back in 1961 earning another Gold Glove and accompanied it with a .322 batting average. But again, he was volatile. He charged the mound following a HBP in June and was fined for tossing his helmet less than a month later.

During his celebratory lap for his 100th career homerun he ran the bases in unique fashion… On June 23, 1963, the 33 year old hit his 100th career homerun. On his lap, Jimmy took Duke Snider up on his clubhouse bet and ran from third to home backward. Mets manager Casey Stengel was not amused by the routine and released the .194-hitting Piersall two days later.

Or maybe this was not so unique a situation after all, just a ball player being a ball player by that account. He finished his career in Los Angeles having played 1,734 games on eight teams between 1950-1967. He later became a broadcaster and even worked with Harry Carey in Chicago before being fired for excessive on-air criticism of team management.

Sadly, like so many mentally challenged people, Piersall was later looked upon as having been taken advantage of by Charlie Finley, owner of the Oakland Athletics. Finley hired Piersall to serve his guests food and drink in the ‘70s. According to accounts on the matter, it was embarrassing to more seasoned baseball people.

In 1974, Jimmy began to take lithium, a common medication used for manic depression, which he admitted modified his extremes. Still, he has never owned the disease, or rather its ‘cure’, entirely. In 1976, he termed psychiatry a crutch and, in a 2001 ESPN documentary, he said psychiatrists “talk too much” and “do nothing.” “You can cure it. Or you can lick it,” he remarked.

In 1985, Piersall wrote a second biography The Truth Hurts with Dick Whittingham. This version detailed his departure from the White Sox. Amongst other things discussed was his distain for the 1957 film which he felt blamed his father far too much for his problems. Having viewed the film clips available online, we actually tend to agree with Piersall’s reaction to the film. We would much rather have been able to find the TV movie version. In just what we were able to view Perkins comes across wholly unbelievable, so much so in fact that the studio saw it too. Rather than billing the film as 'based on actual events' or 'about a ballplayer' the trailer calls Piersall’s life 'a tail of adolescent angst grows violent'. It would be interesting to discuss the project with sports author Al Hirshberg, to gain his perspective on the ballplayer but, unfortunately, he has long since passed on.

No matter the weaknesses of his mind it is clear that Piersall was an outstanding ballplayer whose career was shortened only by his disease and the lack of scientific advancement of his time. Through his story, a light was shone on the disorder that affects approximately 2% of the world population today. That light may have ultimately lead to the pill he continues to use as his own ‘lick it’ cure today at 88 years young.

May is Mental Health Awareness Month. If you or someone you know suffers from any emotional distress, do not hesitate to reach out for treatment. The Mental Health Hotline works everywhere in Europe: 116 123